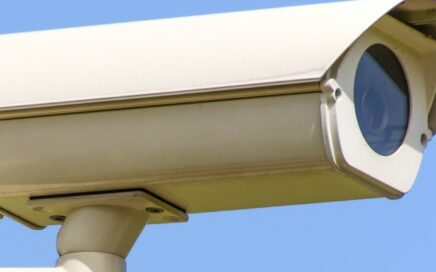 Ontario scraps idea to take traffic ticket system out of the courts Original article published by the Toronto Star http://barrie.ctvnews.ca/ontario-scraps-idea-to-take-traffic-ticket-system-out-of-the-courts-1.2882485 Allison Jones, The Canadian Press Published Sunday, May 1, 2016 10:03AM EDT The province has decided against implementing Administrative Monetary Penalty (AMP) at this time.  While this has generally flown under the public radar, there was […]

Is it worth it to fight my speeding ticket in court?

Is it worth it to fight my speeding ticket in court? Original Article Published by The Globe and Mail – http://www.theglobeandmail.com/globe-drive/culture/commuting/is-it-worth-it-to-fight-my-speeding-ticket-in-court/article23970625/ Published Wednesday, Apr. 15, 2015 2:18PM EDT Written by JASON TCHIR This is a very insightful article about whether or not it is worth it to fight your ticket.  It discussing the process and possible outcomes of contesting […]

Inconsistent radar testing casts doubt on validity of millions of speeding tickets Article Published by CBC.ca – http://www.cbc.ca/news/canada/speeding-tickets-police-radar-testing-1.3415927 Original Article Written by Marnie Luke, Lori Ward, CBC News Ticket Shield has had a number of clients calling in making reference to this article.  It is certainly insightful and something to think about.  The article discusses the protocol […]

Prepare yourself for battle to fight a ticket

Prepare yourself for battle to fight a ticket Toronto’s courts are backed up. There is little help for those who represent themselves when they have a traffic infraction. This article discusses how an administrative error regarding a traffic ticket cost Abraham Salzman $285 in fees, 10 hours of time and a suspension of his driver’s […]

Ontario to put increased fines for distracted driving back on table

Police to issue heftier tickets for rush hour parking Downtown rush hour parking violators will be fined $150, up from the $60 penalty. Original Article published by the Toronto Star.  Written By: Tess Kalinowski Transportation reporter, Published on Tue Jan 21 2014 The article discusses the increased fine amounts of parking tickets in Toronto.  The city claims that […]

Cellphone law: Holding one even briefly while driving is illegal, Ontario court rules

Cellphone law: Holding one even briefly while driving is illegal, Ontario court rules Rulings released Friday affirmed that holding any wireless device, whether actually using it or not, can result in a conviction. Original article published by the Toronto Star and written by RENE JOHNSTON The article discusses the issue of whether holding an article […]